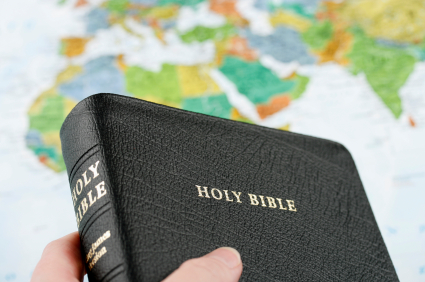 Christian Ministry Among Arabs was on September 25th approved as an organization that can receive tax-deductible donations.

January 11th 2008 was the date for CMAA´s approval as an American non-profit organization, and from September 25th donations will give tax-deduction for the donor. This applies to donors in the entire USA. For Canada, check with your tax adviser.

CMAA now faces a new era in the ministry of reaching out to the Muslim world with the gospel through TV-programs and evangelizing on the Internet. This approval answers our prayers over a long period of time.

Millions of Egyptians are celebrating in Egypt!

Egypt has recently seen unrest and demonstrations. Egyptian critics mean that the time has come for Hosni Mubarak to resign as President. The people has lifted her voice – and won! We believe in a new order for Egypt.
Hosni Mubarak had planned for his son Gamal Mubarak to take his place as President after the upcoming presidential election in September 2011 However, both of Mubarak’s sons left Egypt for the UK on Sunday 30th of January.
President Mubarak seized power in Egypt on October 6th 1981. The former President Sadat was killed in an assasination by individuals only from the Egyptian army – not a military coupe. At this time Mubarak was at this time Vice President and was by routine appointed as the new President of Egypt.
During Mubarak’s 30 years of reign he has never inaugurated a Vice President. His plan was all the time that his son Gamal would follow him in office, all state institutions and the national party has been prepared for this to happen in September 2011.

On January 25th 2011 the Egyptian people started to demonstrate. At first only youth were involved, but they were soon followed by men, women and children. The protests were never organized and political leaders did not initiate this. 3745 people have been injured; among these are at least 8 children. 150 have lost their lives and 500 are still missing. Friday January 28th were appointed “Friday of wrath”. After the Friday prayers many of the people had planned to show their disgust and disgrace for Mubarak and his regime by massive protests. The same day, at 22.30 GMT, Mubarak spoke to the people.

The President of CMAA/K.A.B.A., Mr Paul B. Johansen followed this speech on Arabic TV and claims to never have seen Mubarak at this state; weakened, insecure and reduced. During the inauguration of the new Vice President on January 29th he saw the same thing with the President of Egypt.

Both of the new leaders have a military background. The Vice President Omar Suleiman has been the head of the Egyptian military intelligence and the Prime Minister Ahmad Chafiq was the leader of the Air Force during the years 1996-2002.

The Home Minister who is also head of the police and the domestic security forces needed to be rescued out from the Home Ministry by the military when the people was ready to attack the building. For the first time in Egyptian history we can see that the Home Ministry and the police are weaken to the point of being almost invisible in the streets of greater parts of Egypt.

Tahir Square, meaning the Square of Freedom is in the city centre of Cairo and is the main junction of all public transportation. Despite of the curfew stated in Cairo there have been massive and continuous demonstrations on the square for several days. The curfew has been successively increased from 19.00 – 08.00 until 15.00 – 08.00. The curfew has not stopped the people from entering the streets and either the police or the military has been able to make the people leave the streets.

The government has disabled the cell phone network and the internet connections in the country. The broadcast of Arabic TV channel Al Jazeera was stopped on the Egyptian satellite Nile Sat. The Al Jazeera journalists were divested of their journalist licences but were not stopped in continuing their work and sending from satellites such as Hot Bird and Arab Sat. The entire Middle East, North Africa and parts of Europe are reached by these satellites, and they are also broadcasting Christian programs.